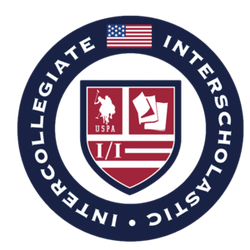 THE CLUB
We are the Polo Club of the University of Wisconsin-Madison founded in December of 2013.
We are currently, very kindly, hosted b﻿y the Madison Polo Club in Verona, a mere 20 minutes southwest of campus. Polo ponies are presently provided by Ruth Dumesic and Carol Jean Schnier of the Madison Polo Club as well, though in the future we hope to be able to have our own string! At the moment we provide ﻿our members with one intercollegiate team, which is competing in the United States Polo Association's Intercollegiate/Interscholastic program. We also have a JV and club team to help our players improve their game.
​
﻿POLO 101
Each polo match consists of 4 to 6 chukkas (periods) that last seven and a half minutes with a warning bell at seven minutes and a final bell thirty seconds later (unless a team scores after the warning bell or the ball hits the sideboards, which stops the chukka immediately). The game is played on a field with goal posts on each end. The players attempt to hit the ball between the posts (no matter how high), to score one point. After each chukka, the teams change direction (similar to football teams changing sides at the end of each quarter). Two mounted umpires accompany the players, (four on each team in outdoor polo, three on each team in arena polo) and a “third man” sits near the middle of the field to referee in case of a questionable call between the mounted umpires. The whistle is blown to indicate a foul (scroll down to learn more about fouls), and stops the clock. At the end of the chukka, the players switch out horses in their string for fresh ones.

THE PLAYERS
The four players on each team in outdoor polo are assigned positions, designated with numbers from one to four and worn on the team jerseys. Number 1 is the offensive forward player. Number 4 is the back and his responsibility is defense. Numbers 2 and 3 are usually the highest rated and most experienced with number 3 often being the quarterback or field captain, and number 2 being responsible to push the play both on offense and defense at all times. Each player is expected to cover his/her man (or woman) who is the numerical opposite on the field. In arena polo (played in an indoor), teams are comprised of only three players due to the limited space. However, strategy is fairly similar.

Play is kaleidoscopic, resembling hockey in the continuous shifts from offense to defense. The team with the ball should be quick to attack by sending lead passes to players up the field. The team on defense is attempting to ride off or check their opponents in order to break up the play and steal possession of the ball.

It is important for players to strategize: obtaining a sense of location of every other player on the field, knowing where the ball is, where it is going, and his or her opponent’s next move. Anticipation is crucial in polo as in any other sport. Skill comes with experience so many players do not reach their peak until after several years of competitive play.

POLO PONIES
The horses, traditionally called ponies, are well trained equine athletes. Able to stop and turn on a dime, they are considered faster than racehorses over short distances. Polo ponies are the most essential part of the game, and the rules which govern the sport are intended to keep the horses as safe as possible.

HANDICAPS
"A polo handicap is your passport to the world." – Sir Winston Churchill

In polo, a handicap is required and considered a good thing. Players are rated from minus two to ten, with ten being the best. Each team’s handicap is the sum of the players’ handicaps. In an Open tournament, teams play “on the flat” meaning that no scoring advantage is given to the weaker team. In a handicap tournament, points are given to the lower rated team based on the difference of handicaps between the two teams. For example, if a sixteen goal (handicap) team plays against a seventeen goal (handicap) team, then one point is awarded on the scoreboard for the sixteen goal team at the start of the match.

FOULS
To the layman, fouls in polo are very hard to see. Even professionals have a hard time, but one can usually tell a foul by listening to the players after the whistle blows. A foul is basically a dangerous play, mostly stemming from crossing in front of the man with the ball. When the ball is hit, it creates an invisible line and the players must follow it as if they are driving on a make-believe road. Each time the ball changes direction, the road changes as well. Penalty shots are awarded depending on where the foul was committed, or upon the severity of the foul. Lines on the field indicate where midfield, sixty, forty and thirty yard penalties are taken from. If the ball is hit past the back line by a defending player, a sixty-yard shot facing the spot where the ball went across the line is awarded.

POLO TRADITIONS
The Divot Stomp
Perhaps the most widely known polo tradition is the ceremonial stomping of the divots. During half-time of a match, spectators are invited to go onto the field to participate in a polo tradition called "divot stomping", which has developed to not only help replace the mounds of earth (divots) that are torn up by the horses's hooves, but to afford spectators the opportunity to walk about and socialize.

The Tailgate
Most people associate “tailgating” parties with football, or perhaps another stadium type of event. The Polo tailgating party is slightly different in that you have a chance to create your own environment, decorations, and menu – from hot dogs and hamburgers to cordon bleu. It’s truly a celebration of the sport of kings.